On our personal computers, we have AOL Instant Messenger, Yahoo Messenger, MSN Messenger, Skype and perhaps, if you are one of those users who has friends on all of those networks, a multi-messenger program, like Trillian or Pidgin.  On our phones, we have mobile versions of these, or we have proprietary messaging software such as Blackberry Messenger.

We live in a world where the ability to be connected to others instantly is so important that we are bombarded with ways to do so.

IRC: the program that helped the world communicate in real time

In 1988, an avid Bulletin Board Service (BBS) user was inspired to replace the chat function on the service called “MUT” or “MultiUser Talk” with something a bit more elegant.  From that moment of inspiration came IRC, for “Internet Relay Chat”.

During its early days, IRC was used primarily for group discussions held in real time.  Through the use of a client to reach the server, the user chooses a nickname to go by in the channel (chat room) that they choose to be in.  Most IRC servers do not require that you register an account, however most offer the option so that your nickname will not be taken by another user.

When a user connects to a server, they then choose a channel or a chat room in which they want to participate and from there go on to meet and speak with others from around the globe. Initially IRC was a plain-text only service, however as time went by and new client programs were created, this became more of a standard although not a hard and fast rule.

Common and historical uses for IRC:

Common chat about topics with groups of people: Usually each channel will have a topic assigned to it by the person who created it.  It is generally considered rude to break away from the topic unless the room is designated as a hang out rather than a discussion room (don’t you wish some days on the Internet that rule was still respected?).

File Sharing: Some of the first file sharing activities originated on IRC through its transfer protocol called DCC (Direct Client to Client) transfer.  Users would enter a room and through the use of automated “bots”, which allow users to set up profiles and list what files they had available for sharing, they would then send a private message (PM) to the user who had files which they desired and negotiated a transfer.

Government uses: A little known fact is that in the early ‘90s both the US government and the Russian military had critical uses for IRC.  The United States used it during the Gulf War to securely and quickly send information about ongoing conflicts.  The Russian military the next year used it to report on their coup, otherwise silenced by a Russian media blackout.

Other chat services have followed it throughout the years, but IRC has remained a favorite for the technologically astute because of the flexibility of the code used to communicate and share files across the net.   For example, IRC was one of the first protocols to be ready for the jump to IPv6.  Users are the base of the IRC experience, creating scripts and bots that host user profiles, play music in the channel, handle notes as if they were e-mail from user to user and even play games.

The channels became one of the first real examples of the Internet, becoming a world onto itself.  While not flashy and filled with bright colors like some chat programs now available, and certainly not offering web cam chats or voice chats, the atmosphere keeps bringing people back.  Even in this day of Flash everything and phones that do everything but read your mind (is there an app for that?), IRC still today pulls users back into its simple, elegant world.

So, are you ready to go explore the world of IRC? Excellent! Allow me to give you a short guide to the spoken and unspoken rules of this ancient place:

IRC is not anonymous. Do not expect that you are impervious to attack or information phishing while on IRC. While some servers do mask your hostname, not all of them do, and once the message leaves your keyboard and goes out into the open chat room … it’s there. Anyone can log it, save it, edit it, etc.

Choose an intelligent handle or nickname. A nickname that states the interest that brought you to the server in the first place is always a good choice. For example, you join #Dalnet and enter a room named “Pastry as Art” which you gather from the title is a room about the art of creating pastry. Using the nickname of “Ladyfinger1972” would not be unheard of. You enjoy eating and/or making ladyfingers and the 1972 might be your birth year, or the year you graduated culinary school. On the other hand, use a nick name like “BigBadBear”, and you’ll start hearing the chuckles.

Do not accept DCC’s from those who you do not know and trust! A DCC is a file transfer and can contain any number of viruses which would do bad things to your computer. You may start to notice at this point that some of these rules apply everywhere on the net.

Be polite. Read the rules of the room if they are posted and generally behave in a way that shows that you have respect for others who are sharing the room with you. This is one rule that doesn’t apply so much on the rest of the Internet; maybe this is what brings people back.

Last but certainly not least: do not send private messages without making sure that the recipient is OK with being PMed. They might be busy, or they might not want to talk to you at all. Don’t force yourself on others.

IRC was created to facilitate communication between people all over the world in order to share information about their hobbies and interests. While its command-line interface may be increasingly foreign to a world that’s even phasing out mice and keyboards for touch screens, it’s not hard to learn. There are many great servers out there, ranging from those aimed at teenagers and their interests, to adult dating sites and colleges who have rooms for their students to gather and converse about last night’s lecture. More than twenty years after its introduction there is still something for everyone! So, kick back, log in and have a nice cha 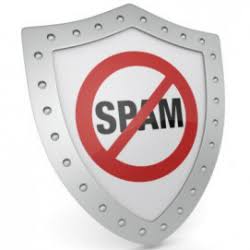